TRIVIA TRAIL: THE WARS OF THE ROSES 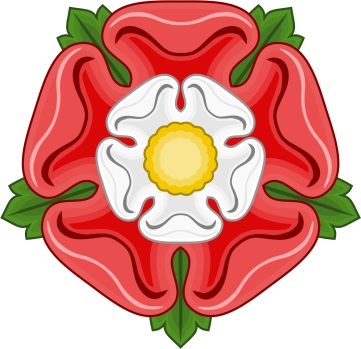 Question: The royal houses of Lancaster and York fought for the crown of England in an ongoing dispute that took up much of the fifteenth century and was later known as the Wars of the Roses because of the rose emblems each side sported. A marriage between scions of the families represented by the Red Rose of Lancaster and the White Rose of York eventually untied them and resulted in a blended rose emblem. What is this rose emblem called?

Answer: The Tudor Rose, as the marriage was between Henry Tudor (Henry VII) and Elizabeth Plantagenet, who married January 18th, 1486. The groom was the son of Edmond Tudor, Earl of Richmond, and Margaret Beaufort (an illegitimate descendant of John of Gaunt, Duke of Lancaster and his mistress Katherine Swynford), and the bride the eldest daughter of the Yorkist king Edward IV and his queen, Elizabeth Woodville.