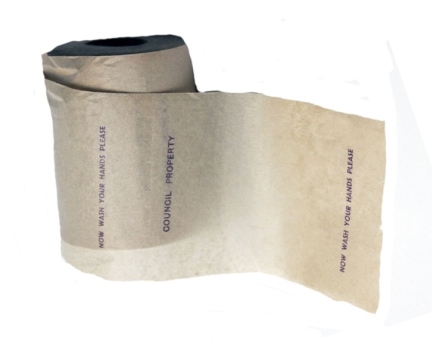 Further to the subject of toilets, anyone living in England up until the ’70s (’80s in some places) should remember the joys of Izal, the cheap, shiny, toilet paper in schools and other public loos. As well as homes where it was considered more hygienic than that soft, cissy stuff. Granted, it was medicated (the chemical smell told you that), but it was also hard, scratchy, slippery, and definitely NOT absorbent. (North Americans, think catalogue pages on a roll.) Nor were the sheets generously sized, requiring quite a few to…um…do the job. It was, however, transparent, and therefore made good tracing paper. Which was the only interest I had in it. We did have Izal, for my grandparents, but the rest of us preferred the more user-friendly bog rolls that were, surprisingly, only just starting to gain in popularity, even though they’d been around quite some time

Izal was, of course, cheaper, and believe it or not, you can still get the stuff. It’s just not cheap anymore.