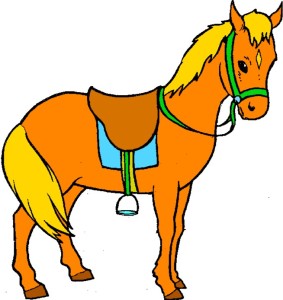 From the beginning of the twentieth century, right up into the 1950’s & 60’s (heyday of the TV western), many little American boys and girls had their pictures taken astride a pony brought to their home by a travelling photographer. Some plonked them onto donkeys or into little carts pulled by goats, but ponies were the most common, and regardless of what type of four-legged creature was involved, the idea was the same. To provide doting parents with an inexpensive postcard-sized photo of their darling(s) with a cute animal. They didn’t even have to wait long for them, as the photographers used box cameras with a bag through which an exposed negative could be moved into a developing tank on the bottom of the camera.

Such photos were hugely popular with parents, possibly because of the pony photo taken of Theodore Roosevelt’s son, Quentin around 1902.

The kids were pretty enthusiastic, too, and some of those little cowboys later came to have their pictures taken quite a lot (sans pony). Like the two below (Chuck Norris & Dick Van Dyke).