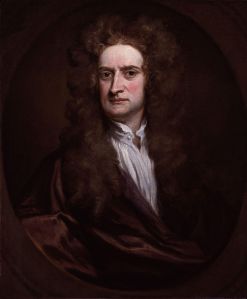 Upon leaving school at the age of seventeen, a lad named Isaac Newton was originally supposed to take up farming, but he wasn’t very good at it, and an uncle persuaded his mother that the family farm would do better if young Ike just went to college or something. He did, and would later formulate the laws of gravity as well as discover calculus and conduct experiments with light and a few other things that would eventually lead to him becoming Sir Isaac Newton, the first scientist to be honoured with a knighthood. Which probably wouldn’t have happened if he’d stuck to farming!