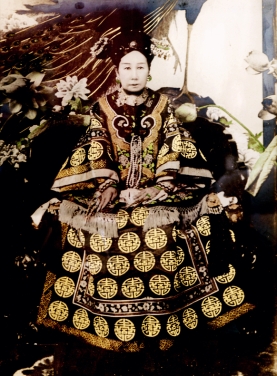 Tzu Hsi, Empress of China, also known as the Old Buddha (even though her philosophies came nowhere near to those of that peaceful soul), hated foreigners and the influence they wielded after they turned their attention to her part of the world and acquired dominance over in lands that had once been under Chinese control. That influence had people wanting reforms to the way she handled things, and since she was perfectly content with the way she handled things, that didn’t go over well. In order to drive the ‘foreign devils’ out of China itself, she stirred up a bunch of cutthroats called Boxers, who happily dispatched missionaries and Christian converts and, with support from Tzu Hsi’s imperial troops, lay siege to the diplomatic quarter of Peking in mid-June, 1900, trapping within it about nine hundred people from eighteen different nations. The besieged held out for two months, until foreign troops arrived to rescue what was left of them. Result? The country now had way more ‘foreigners’ than it had before, and came under so much more Western influence that Tzu Hsi’s power was greatly diminished.