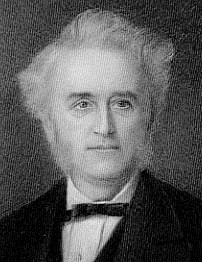 People with Down’s Syndrome are born with an extra chromosome that limits intellectual function and can cause health issues such as intestinal problems and heart and vision defects. This condition, which occurs in 1 out of 800 births world births, was not always known as Down’s Syndrome (or, in the U.S.A, Down Syndrome). In an essay written in 1866, the English doctor whose name is now associated with the disorder, Dr. John Langdon Down, called people who had it ‘Mongoloids’ because their facial features were like those of the Mongolian race. This term fell out of favour in the 1960s, when it began to be considered derogatory. The condition was re-named for Dr. Down in 1965 at the urging of both Down’s grandson and the People’s Republic of Mongolia.
Down’s Syndrome existed long before it had any sort of name however. In a 16th century painting, The Adoration of the Christ Child, one of the little angels beside Mary has features resembling those of a child with Down’s Syndrome. Unfortunately, such children were not usually so highly regarded. Throughout history, they were killed, abandoned, institutionalized, sterilized, ostracized, and kept out of sight to such an extent that in 1929, their life expectancy was only nine years. In Nazi Germany, they were among those with mental and physical handicaps who were euthanized in ‘mercy killings’ designed to relieve them of the burden of an ‘unworthy life’, and ‘improve’ the human race. And while it was the Nazis who did this on a horrifically large scale, the practice was not confined to them. The eugenics movement was popular in other countries too, and both before, and after, WW II there were doctors who encouraged parents who gave birth to ‘defective’ offspring to let them die. Most were unwilling though, so by the 1970s, the life expectancy for people with Down’s Syndrome had risen to twenty-five years and their families had become much more vocal about having them receive more care and consideration, and much better education.
As it result, it was found that Down’s Syndrome children were capable of achieving far more than had ever been thought possible. They now go to school, participate in sports and other recreational activities, make their own decisions, form relationships, hold down jobs, and live independently with a life expectancy of fifty to sixty years and beyond.