SUMMER SOLSTICE: MORE THAN JUST THE FIRST DAY OF SUMMER 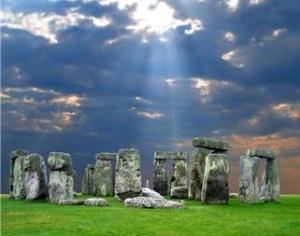 Tomorrow marks this year’s summer solstice, and here with some information about that is my friend, Marva Dasef, author of The Witches of Galdorheim series and numerous other books, all of which are available in a variety of formats.
To check out a sample of the audio version of the first Galdorheim book, Bad Spelling, go on Amazon and listen to an excerpt (http://www.amazon.com/dp/B00L3WR9NU/), or visit Marva’s blog (http://mgddasef.blogspot.ca/) There will be lots of samples coming up there in the next couple of weeks. And if you like what you hear, just leaving a comment gives you a chance to win yourself a free Bad Spelling audio book.
Now for the solstice:
In historical terms, the Solstice is the exact point of time when the daylight outstrips the night in length. Since the Solstice varies when it occurs (anywhere between June 20th -23rd), most people won’t know exactly when the earth moves from Spring to Summer. Instead, a variety of festivals from different countries and people celebrate Midsummer. Fortunately, astronomers are available to let us know exactly when the solstice occurs. I’d refer you to Doctor Neil DeGrasse Tyson, the narrator of the Cosmos series, for exactly what’s going on in the universe.
Many cultures celebrate the Summer Solstice. A few of these celebrations are: Adonia, St. John’s Feast Day, Jani, Liða, Midsommar, Ivan Kupala Day, Juhannus, Mittumaari, Alban Hefin, Gwyl Ganol yr Haf, Sankthans, Jaanipäev, Keskikesä, and Rasos. That’s a lot of celebrating! Wherever you live, you can have a party.
Another group of professionals other than astronomers who can tell you when the solstice occurs are witches. No, not the evil witches with warts and ugly noses, but the Wiccans who inhabit my books and Galdorheim Island in the Barents Sea. This is a fictional place, but is quite close to some very real islands in the Arctic with very real people who live on them.
Midsummer for Wiccans is called Litha. In the second book of my Witches of Galdorheim series, Midnight Oil the exact time the Solstice occurs is crucial to the plot. The magical midnight oil is a curative required by a tribe of mutant Nenets tribespeople to heal the radiation poisoning which deformed them. It must be administered at the exact time the Solstice occurs. The year I selected had to have that event occur (somewhere in the world) at almost precisely midnight on June 20th. Some confusion about the exact moment of the Solstice almost leads to the restorative oil to arrive late at its destination. After all, the Solstice usually occurs on the 21st (in this century).
A lot happens to thwart my heroes from delivering the oil on time and in good condition. An evil forest spirit happens to possess the oil. But this isn’t simply a “find the magical thing and deliver it” plot. There’s a lot going on in Midnight Oil. A kidnapped boyfriend, mutant tribesfolk, Ajatar the forest spirit, a man who was tragically disemvoweled (lost the ability to pronounce a, e, i, o, or u and sometimes y), a witch trapped on the lost island of Atlantis with the Loch Ness monster, and, um, there’s lots more to discover in the book.
So, back to Litha, the Wiccan midsummer celebration. One of the most famous places in the world to observe the Solstice is at Stonehenge in England, but only if the Solstice occurs during daylight hours. Nevertheless, the midsummer celebrations take place no matter what time the Solstice actually happens. Oh, right. This year, Stonehenge will be a great place to party. The Solstice occurs at 10:51AM Greenwich Meantime on June 21st. Don’t forget to celebrate no matter where you live. Where I live, it occurs at 3:41AM. I’ll probably sleep through it.
Fun thing to do: Find out when the Solstice occurs where you live (compare your local time to Greenwich Meantime).
Now, a word from my sponsor.

MIDNIGHT OIL – Book 2 of the Witches of Galdorheim Series
Shipwrecked on a legendary island, how can a witch rescue her boyfriend if she can’t even phone home?
Kindle and EPUB editions on sale this month for $1.99
Amazon Kindle: http://www.amazon.com/dp/B00JKQXIFY
B&N Nook: http://www.barnesandnoble.com/w/midnight-oil-marva-dasef/1117347254
The following excerpt shows why the Midnight Oil is important to the Nenets people. It’s a fact that their island was used as a nuclear test site by the Soviets (now Russians) during the Cold War (a period of great tension between the Soviet Union and the United States).
Excerpt:
Rune tried to rise, but the knife-holder quickly moved in front of him and shoved him back down. The men who ringed them took a step forward but halted when the leader raised his hand.
“I won’t let that happen,” Rune whispered to Nadia, settling back to the ground. He thought it better not to tip his hand. First, he had to think of a spell to knock out both men simultaneously. Second, figure out how to cast it before he got his, or Nadia’s, throat cut. After that he’d have to stop the ring of men encircling them. A tall order for a student warlock.
Ivansi and the club man, as Rune now thought of him, waved their arms in a heated argument. Rune leaned forward and watched closely but relaxed when club man didn’t appear to threaten Ivansi physically. Although the Sami man was a formidable warrior, he didn’t throw any punches. It was obvious the knife man meant business and would take any threat from Ivansi out on the young ones. At least that was what Rune guessed from the tones and postures of the two men.
The discussion went on for some time. Finally, Ivansi walked over and spoke to Nadia, who translated for Rune.
“When Russia blows up big bombs here, these Nenets not told. Childs born sick.”
“Radiation from nuclear testing? Then they’re mutants.” He had been paying attention in class, no matter what his teachers thought.
“I think yes. Shamans cannot heal. Nenets need Midnight Oil to cure.”
“What’s that?”
“Is medicine. Have to use at midnight on day of longest sun.”
“So, it’s a magical potion. Do they know where it is?”
“With bad spirit. She stole from old gods, not give back.”
“Why not ask somebody already on this island? Another Nenets?”
“No. Must be magic person do this for them. One who can take oil from evil spirit.”
“Couldn’t be a witch or warlock. We’re not evil,” Rune stated.
“They say you and Ivansi find and bring it back. They keep me to make sure you do it.”
Rune glared at the men. “They’re using you to blackmail us into fetching their medicine.”
Nadia looked at him with her brows knit—the look Rune had grown to recognize and, truth be told, thought one of her most endearing features. Not that he didn’t like all her features. “Never mind,” he continued. “What does Ivansi say? Does he want us to do this?” Rune looked at Ivansi with questioning eyes. The older man glanced at Rune. He held up one hand and nodded. He grasped forearms with the Nenets man. It seemed a bargain had been struck.
“Well, then, we’ll do it.” Rune hesitated a moment. “They won’t hurt you, right?”
“Ivansi say will be okay but must be back before day of longest sun.”
“Right. The summer solstice. That’s Litha, the Wiccan Solstice Festival.”
Ivansi talked to Nadia again. “He say you go to the Hebidya Ya Island.”
“Where’s that?”
“South on another island. Is sacred home of Nenets gods.”

Born in Eugene, Oregon and a grad of the University of Oregon, Marva Dasef is a writer living in the Pacific Northwest with her husband, a fat white cat, and a snarky black cat. Retired from thirty-five years in the software industry, she has now turned her energies to writing fiction and finds it a much more satisfying occupation. Marva has published more than forty stories in a number of on-line and print magazines, with her stories included in several Best of anthologies. Her books cover several different genres and are published in all formats. You can visit her Amazon webpage at: https://tinyurl.com/os3qts8