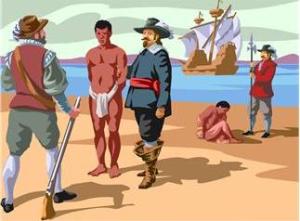 People who help make history don’t always do it as quickly as they’d like. It took British MP, William Wilberforce (1759-1833), eighteen years to get a bill through Parliament that abolished the slave trade and made it illegal for slaves to be bought or sold in Britain’s colonies. It was also illegal for them to be carried in British ships. Any sea captain caught doing so was liable to a fine of £100 per captive, as were ship owners and companies that insured slave ships. The law, which was finally passed on March 25th, 1807, did not abolish actual slavery, but at least it was a start. The law abolishing slavery itself came about in July, 1833. Wilberforce died three days after it was passed.